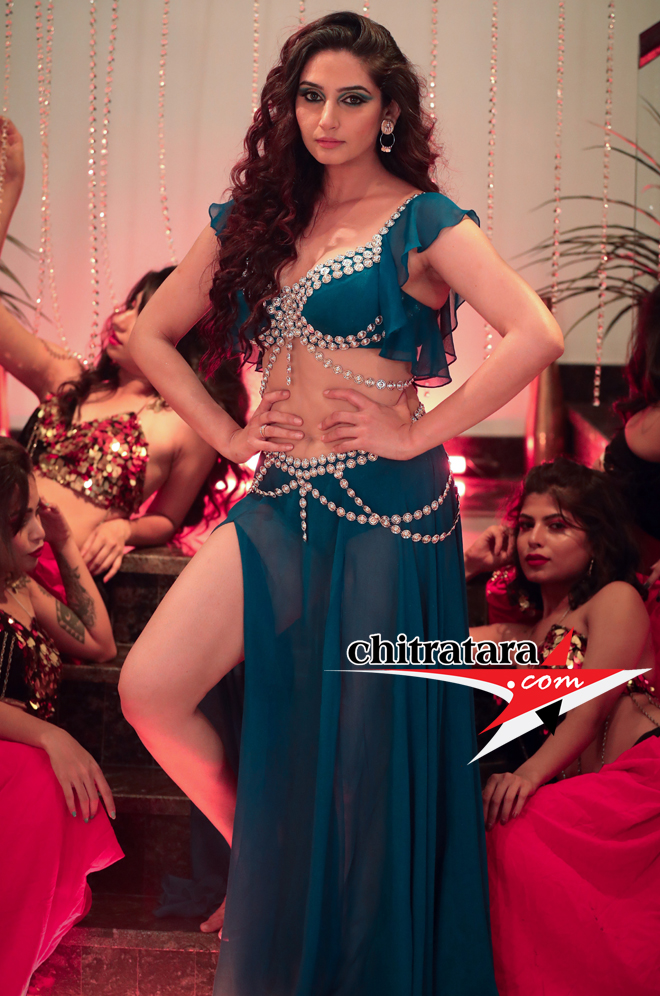 The highly talented actress Ragini Dwivedi was in low profile for sometime and is back in action to face the camera. The first album song of Ragini Dwivedi is shaping up well.

The actress, very famous from Thuppa Beka Thuppa….item song later participated in a few individual songs. This one is an independent album song shot in Doddaballapura surroundings.

Ragini Dwivedi is very helpful to needy people in the Corona first and save wave is having a series of films ready to take off.  Karva 3 and Johny Walker films Ragini Dwivedi has on hand.

Ragini`s brother Rudraksh Dwivedi did the costume designing for this song and Mohan of Bhajarangi fame directed steps. Preetham is the man behind the camera.

For the song of Ragini Dwivedi, Chytra has delivered the song in V Manohar music composition. All Corona guidelines were followed for the shooting of this song.

This album song is in the production of Crystal Music channel and it will be dubbed to various languages.